I would like to share a story.
In Japan there was a person called Satoru Hiraoka. He was a very good employee because he prioritizes his company over his family. For him, things like leisure time, weekends off, or vacation days are just like a waste of time. He always focused on his work. Now, most of you may be thinking, like Ehh… This seems more like my story… 😬

Hiraoka was a middle manager at a factory in Osaka. For over 28years he worked for 12 to 16 hours a day, he often worked for about 95 hours each week. This was not an exaggeration. After reviewing his time card showed the year before his untimely death, he had put in over 1,400 hours of overtime work. Like a perfect employee, he never taken sick leaves, never took a hangover day, nor skipped out on work to catch his child’s school play or family gatherings or parties.

He was an ideal “Corporate Soldier”. Then one day i.e on February 23, 1988, after putting 15 hours of work on that day, the 48 years old Hiraoka came to home after work and suffered from what the doctors called “Sudden cardiac insufficiency”. And he died instantly. In Japanese there are more awareness about the effect of job stress on health. They even have a word for it ” Karoshi, which means “death by overwork”

Hiraoka’s death and tens & thousands of others just like his, might have gone unnoticed, if a group of Japanese medical specialists and cardiologists would not have studied the phenomenon. Doctors noticed that people who underwent overwork were at increased risk of dying of unexpected cardiovascular and cerebral diseases, such as heart attack and stroke. The first case had been reported in 1969, when a worker died of a strock at the age of 29.

But it wasn’t until 1987 that the Japan Ministry of Labor began collecting statistics on karoshi. Since that time, Japanese officials estimated that approximately 10,000 cases of karoshi occurred each year. Some lawyers and scholars claimed that the number of karoshi deaths in Japan equal or exceeds the number of traffic-accidents deaths in each years.

According to Shunichiro Tajiri, head of the Osaka-based Social Medical Study Institute, karoshi victims are typically otherwise healthy men in their 40s and 50s who are middle managers in stressful jobs that require them to work for more than 12-hours/ day or six to seven days a week. Just before dying, most cases are of varying combinations of dizziness, nausea, severe headache, and stomachache. Among 95 percent of karoshi cases, death occurs within 24 hours of the onset of severe symptoms, although some mild symptoms precede the severe symptoms.

In a Chicago Tribune article, Tajiri said, “In each case, the men were healthy, with no evidence of any disease. They simply worked themselves to death.” in Japan widows karosh’s can claim to receive worker’s compensation benefits.

But because karoshi itself is not quite a disease, It’s a constellation of what are believed to be stress-induced physiological changes and because of that it is often hard to prove that a victim’s death is directly related to too much of work stress or long hours.

It is not just the Japanese who are working themselves to death. In June of 1893, London newspaper reported a story entitled “Death from simple Over-work” about 20 years old woman who died after working over 16 hours a day ( up to 30hours shifts during the busy season) in a garment factory.

What about in India?, A 2016 study by Manpower Group showed that Indian millenials work 52 hours a week. Not only that, Indians are one of the most vacation deprived community as per Expedia. 60% Indians feel that they don’t have time to take off on a vacation. And thanks to technology that is adding to the menace by dissolving all boundaries of work and personal life.

The Information Age has transformed us into workaholics. Now, it’s not just doctors who are on call 24/7. It’s most of us. The advent of e-mail, cell phones, laptops, and tablets means we are accessing almost all the time and this will increasingly affect employee health.

A study conducted by the health insurer Oxford Health Plans found that one in five Americans come to work even if they’re ill, injured, or seeing a doctor that day. ( I will tell you a secret, even I didn’t take any sick leaves during my last 5 years of climbing corporate ladder, even I was not feeling well 😉 )

This failure to take a break has actually been associated with early death. One study, published in Psychosomatic Medicine in 2000, looked at 12,000 men over nine years and found that those who failed to take annual vacations had a 21 percent higher risk of death from all causes and they were 32 percent more likely to die of a heart attack.

In another study published in the American Journal of Epidemiology, researchers at Johns Hopkins evaluated data collected from patients in the Framingham Heart Study over a period of 20 years and found that women who vacationed once every 6 years or less often were almost eight times more likely to develop coronary heart disease or have a heart attack than women who vacationed twice a year.

One of my favorite author and the person I follow personally for long time the Shawn Achor, one of his coaching call he said that don’t give overtime to your employees, instead give them off days, so that they come with a fresh and creative mind and that will improve their productivity. Unfortunately we employees and employers are not utilizing the power of taking breaks, instead we just do a suicide by just doing overwork. If you don’t know about Shawn Achor , he is a happiness researcher and Positive Psychologist, and an author of one of my favorite book “Happiness Advantage”

We already know that workplace hazards can harm our health, like a construction worker falls from a 10-story building or a soldier dies in battle field. Our body can be affected by physical hazard but it also affects the body through the power of mind, which responds to what you do during your workdays by either triggering stress responses or initiating relaxation responses.
So Your work has the potential to stress you out. But you may have also experienced times at work when you’re doing what you love, you’re in the flow, you feel a sense of mission and purpose, and you’re grateful to be doing something that matters. Such feelings can benefit the body as much as stress responses harm it.

We all know that work stress is poisonous and can translate into physical symptoms. Have you ever got a migraine after a deal that went bad or stiff shoulders after the boss criticized you can attest to that. But have your doctor ever prescribed doing work you love as treatment for your tumor or suggested that quitting your job might cure your irritable bowel syndrome? When was the last time you diagnosed your job stress as the root cause of your stroke or credited your professional fulfillment with the spontaneous remission of your chronic disease? Perhaps it’s time for a paradigm shift. You may not have thought much about how your work affects your health.

If you’re sick, you may have assumed that your illness is the result of a defective gene, poor diet, insufficient exercise, or a biochemical imbalance and this may indeed be true. But work stress may be a contribution, even a contributing factor. You might be surprised to realize that the prescription for your illness might not be a pill or surgery. It might be finding new ways to handle work stress, making changes in your current job in order to reduce anxiety, or even finding a new career. Or you can really work yourself to death or karoshi. 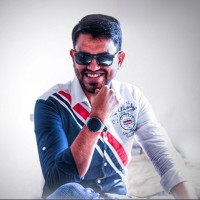 Mahroof CM Author
I am a passionate technology lover, computer hacker and an IT professional who started career as a main trainer of Crime and Criminal Network Tracking System by Indian Police, also worked with Malayalam Film industry to reduce piracy and cybercrimes. Now one of my mission is to transform people`s life just like how I hack computers.
web
http://www.mahroofcm.com
email
[email protected]
follow me